Part 1: Why we still need fossil fuels - Part 2: Being smart about shifting from fossil fuels

The first part is an article originally published on August 22, 2014 for Forbes, it can be found here: http://www.forbes.com/sites/bjornlomborg/2014/08/22/saving-lives-with-fossil-fuels/

The second part is an article originally published on July 7, 2015 for Forbes. it can be found here: http://www.forbes.com/sites/bjornlomborg/2015/07/07/global-energy-targets-for-the-next-15-years/2/

Bjorn Lomborg is a professor at the Copenhagen Business School, director of the Copenhagen Consensus Center (a non-profit think tank), and author of the best-selling book, The Skeptical Environmentalist.

What is the biggest global environment problem? Many believe it is global warming, after all, the issue gets the lion’s share of headlines and accounts for much of the hell-in-a-hand-basket environmental news we come across. But, as I previously wrote on this blog, 2.9 billion people living in energy poverty people face a more immediate problem: indoor air pollution. They are desperately poor, and many cook and heat their homes using open fires or leaky stoves that burn dirty fuels like wood, dung, crop waste and coal.

About 4.3 million of them die prematurely each year as a result of breathing the polluted air inside their homes, which is between 50 and 250 times (depending on different estimates) more than the deaths attributed to global warming.

Still, air pollution doesn’t garner the headlines afforded to global warming because it’s not nearly as interesting. In the West, we take our supply of reliable electricity for granted. We have already forgotten that electrification has ended the scourge of indoor air pollution in the rich world, saving millions of lives. Rather, we’re very concerned with climate change.

Now our politicians have second thoughts about further electrification of Africa and Asia because of rising CO2 emissions. Instead of helping the 2.9 billion people gain access to cheap and plentiful electricity, thus combating both poverty and the biggest environmental killer, indoor air pollution, we insist that developing countries focus on renewable energy. For example, the U.S. has decided to no longer support the building of coal-fired power plants in developing countries.


But this is hypocritical: in the Western world we get only 0.8 per cent of our energy from solar and wind, and we also use a lot more energy than developing countries. In sub-Saharan Africa, for instance, excluding South Africa, the entire electricity-generating capacity available is only 28 gigawatts — equivalent to Arizona’s — for 860 million people. About 6.5 million people live in Arizona.

In just three decades, China has lifted 680 million people out of poverty. It did so not with solar panels or wind turbines, but through a dramatic rise in access to modern energy, mostly powered by coal.

Today’s global warming policies like solar and wind, on the other hand, remain largely inefficient and expensive. They cost $60 billion in subsidies but provide less than 1 percent of global energy. At best, they’ll provide just 3.5 percent in a generation’s time.
An analysis from the Center for Global Development quantifies our disregard of the world’s poor. Investing in renewables, we can pull one person out of poverty for about $500. But, using gas electrification, we could pull more than four people out of poverty for the same amount. By focusing on our climate concerns, we deliberately choose to leave more than three out of four people in darkness and poverty.

As Bill Gates writes on his blog:

"But even as we push to get serious about confronting climate change, we should not try to solve the problem on the backs of the poor. For one thing, poor countries represent a small part of the carbon-emissions problem. And they desperately need cheap sources of energy now to fuel the economic growth that lifts families out of poverty. They can’t afford today’s expensive clean energy solutions, and we can’t expect them wait for the technology to get cheaper."

This message is obviously not popular with everyone, and Bill Gates has been attacked for his very sensible stance, as Alex Epstein points out in his recent Forbes op-ed. Yet, Gates clearly says that we still need to fix global warming in the long run. The point is, this requires the rich Western countries to step up investments into research and development in green energy technologies to ensure that cleaner energy eventually becomes so cheap that everyone will want it. But until then, unrealistic green goals should not stand in the way of poorer nations having a chance of getting out of poverty with fossil fuels. 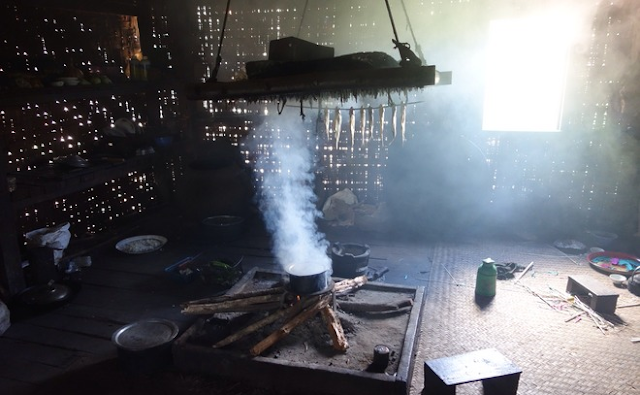 Reliable and affordable energy is vital for today’s developing and emerging economies. Driven mostly by its five-fold increase in coal use, China’s economy has grown 18-fold over the past thirty years while lifting 680 million people out of poverty.

Almost three billion people still don’t have access to modern energy, they use firewood, dung and crop waste for cooking and heating indoors, which is so polluting, the World Health Organization estimates they kill one of every thirteen people that die on the planet. Most of these are women and young children. Women and children are also the ones who have to spend their time fetching firewood, often from quite far away.

But because electricity is often powered by fossil fuels it does contribute to the problem of global warming, for which reason climate-worried campaigners suggest that developing countries should skip the fossil step and move right to clean energy. However, rich countries are already finding the move away from coal and oil to be a difficult one, and there are no easy answers for developing economies.

Today’s crucial question is: what should the world prioritize? Fifteen years ago, the world agreed the Millennium Development Goals, an ambitious set of targets to tackle poverty, hunger, health and education. The UN is now considering the next set of targets for 2016-2030. My think tank, the Copenhagen Consensus, has asked some of the world’s top economists to make analyses within all major challenge areas, estimating the economic, social and environmental costs and benefits of different targets.

The economic benefits of getting everyone off dung and wood are as high as the human welfare ones: more than $500 billion each year. Costs would be much lower. Including grants and subsidies to purchase stoves, annual costs would run about $60 billion. Every dollar spent would buy almost nine dollars of benefits, which is a very good way to help.

A more realistic target of providing modern cooking fuels to 780 million people at the much lower cost of $11 billion annually would be even more efficient, with $14 back on every dollar spent.

While clean cooking is important, electricity can bring different benefits. Lighting means that students can study after dark. Clinics can refrigerate vaccines and other medicines. Water can be pumped from wells so that women do not have to walk miles to fetch it.

The value of getting electricity to everyone is about $380 billion annually. The cost is more difficult to work out. To provide electricity to everyone would need the equivalent of 250 more power stations, but many rural areas might best be served by solar panels and batteries. This is not an ideal solution, but would still be enough to make an enormous improvement to people’s lives. The overall cost is probably around $75 billion per year. That still does $5 of benefits for each dollar spent.

If we want to tackle global warming, on the other hand, there are some targets we should be weary of, whereas others are phenomenal. One prominent target suggests doubling the world’s share of renewables, particularly solar and wind, but this turns out to be a rather ineffective use of resources. The extra costs of coping with the intermittent and unpredictable output of renewables makes them expensive, and the cost likely to be higher than the benefits. 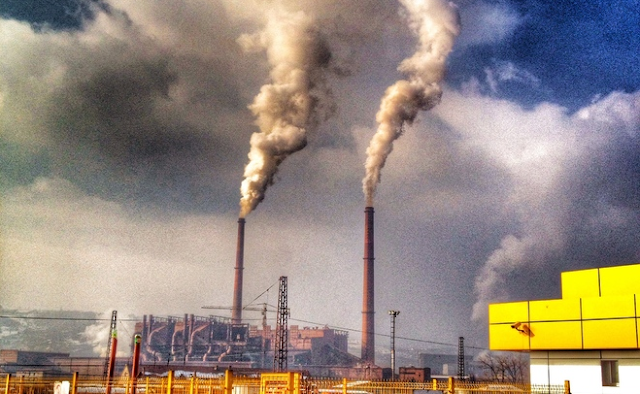 However, the world spends $548 billion in fossil fuel subsidies, almost exclusively in developing countries. This drains public budgets from being able to provide health and education, while encouraging higher CO₂ emissions. Moreover, gasoline subsidies mostly help rich people, because they are the only ones to afford a car. To phase out fossil fuel subsidies would be a phenomenal target, because it would cut CO₂ while saving money for other and better public uses. The economists estimate that every dollar in costs would do more than $15 of climate and public good.

With such high-return targets, the economic evidence shows that – if carefully chosen – energy targets should definitely be part of the promises for the next 15 years.