Originally posted Resource Works' blog on June 27, 2015 and can be found here: http://www.resourceworks.com/everyday_connections 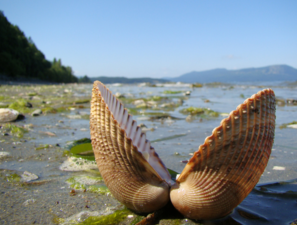 Without natural resources, we'd be naked – and we mean that in a literal as well as a figurative sense.
Resource Works has taken this fundamental observation to heart and become British Columbia's only non-profit asking the toughest question of all: how do we humans maintain a fair society with opportunities for all while also protecting the environment?
So it's essential to build healthy dialogue about what exact benefits come from our interaction with natural resources and how those benefits are distributed.
Here are five insights we've developed since the launch of Resource Works in April 2014:
1. Productive public dialogue is the key to BC's natural resources future
Resource Works recognizes the demand of British Columbians for both economic growth and environmental sustainability. Breaking the ice in the controversial resource debate, through research and respectful dialogue, is the way we have chosen to move forward. We wanted to start by listening to people, so in late 2014 we held community conversations in eight municipalities in the Greater Vancouver Region. More than 120 participants came out to share their views – interested citizens, those involved in local government, business people, and environmentalists. This was a necessary first step towards a better conversation about BC's sustainable future. Our Community Conversations project report was how we shared the story.
2. An indispensable component of BC's economy
Natural resources contributed 12.8% of BC's total GDP (direct), and grew faster than any other sectors. Even as the broad provincial economy grows and diversifies, resources remain a major employer and a powerful driver of new jobs. Our economists found, in the influential High Impact study, that 10 per cent growth in the resource sector means 29,600 new jobs in British Columbia, more than half in the Lower Mainland. (2013 data)
3. A significant government revenue generator
Natural resources accounted for close to $2.5 billion in BC government revenues in 2003. We figure that's enough to pay 22,727 family doctors – quite a feat, one unmatched by other industries. Not only does resource extraction generate royalties; tax revenues that flow from these activities is something that governments would have a hard time doing without.
4. A driver of innovation
Numerous companies based in British Columbia are at the intersection of resources and innovation. Twenty-seven per cent of Canadian research and development in mining and oil & gas extraction occurred in BC, with a range of initiatives focused on sustainability and work safety. We will be conducting further work on this in future.
5. Closely linked to the green economy – at home and globally too
Most people – over 70 per cent according to a study we commissioned from Ipsos – believe that green job growth is possible within BC's natural resource sector. As renewable energy's mix in global power supply increases, BC's exports of copper, metallurgical coal, and forestry provides the basic material to build solar plants, wind farms, and wood-frame green-buildings.
With such an immense impact on daily lives, you'd expect issues concerning natural resources and their use to be front and centre in any public conversation. Yet, too often, we are not hearing a balanced range of facts that will enable us to provide the things we require for our families in a society with growing needs – including the basics like food, shelter, and transportation.
Resource Works is committed to providing authenticated facts to help ensure that when we do have these broad conversations, they are ones that can confidently be based on sound information.