Article originally published by the Daily Oil Bulletin on November 5, 2015, and can be found here: http://www.dailyoilbulletin.com/article/2015/11/5/alberta-caught-global-energy-revolution-says-alber/ 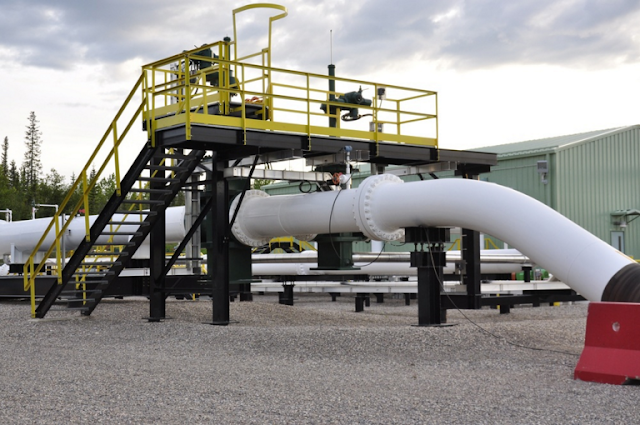 The shale gas and tight oil boom in the U.S. is radically altering world energy markets, making it imperative Alberta finds new markets for its production, delegates at the Argus Canadian NGL Markets conference in Calgary heard on Wednesday.
U.S. natural gas output has grown by 40 per cent in the last decade as a result of the shale boom, crushing Canadian exports south of the border, said Matthew Foss, chief energy economist for Alberta Energy.
“A decade ago Alberta was the third largest producer globally. We are now the eighth largest,” Foss explained. “Here we are in Alberta with a tremendous resource base but we lack a market.”
The rise in U.S. tight oil production is now having a similar effect on oil markets, Foss said.
U.S. oil production has increased by four million bbls per day in the last four years, “a situation completely unprecedented,” said Foss. “In four short years they have managed to grow production to what it took Alberta 70 years to do. It’s the largest growth anywhere in the world, ever. The market is undergoing a severe structural change. The price cycle is not going to return to what it was before 2015. That world has come to an end.”
“The story on oil is we don’t know yet if it will be as dire as what happened with gas,” he added.
Foss said the rise in U.S. tight oil production, combined with growing oilsands production in Alberta over the last four years, is changing global oil flows. A decade ago, with U.S. production on the decline, North America was thought to be on the road to becoming a major energy importer.
“Now we are looking at a time when North America is a major energy exporter,” he said.
That is, if it can connect to global markets.
Foss said the new provincial government recognizes Alberta can no longer rely on U.S. markets to absorb its growing production.
“The need to get production into the U.S. to commercialize it is yesterday’s solution to tomorrow’s problem,” he explained. “We need to get into the developing world. The global population and economy are growing and as we look forward, that population growth and increasing urbanization will drive energy demand. Some will be met with renewables but they are unlikely to be sufficient to meet needs. Coal and oil may shrink as a percentage of the energy pie, but they are going to grow as volume.”
“This government remains committed to growing Alberta market access,” he added. “But it is reticent to try the same solutions tried over the last few years, particularly trying to move molecules to the Gulf Coast.”
Foss said the new provincial government is also looking at ways to increase demand.
“This government is very interested in further energy processing in the province — more upgrading and refining and moving into the petrochemical space,” he explained. “They are interested in manufacturing higher value products in the province.”
Gerry Goobie, a principal with Gas Processing Management Inc., was more blunt with his assessment of the province’s, and Western Canada’s, energy future.
“We need to grow export markets. Nothing else matters,” he said at the conference. “And it’s not exports to the U.S., by the way. We need waterborne exports to both the Pacific and Atlantic basins.”
Goobie said price discounts on Canadian oil and gas due to a lack of access to world markets are hammering the industry, making it uncompetitive with U.S. basins.
“Getting less revenue than U.S. producers is a big issue for us,” he explained. “We need to get to world prices to close the gap.”
Getting the public’s permission to build the pipelines and other infrastructure necessary to move product to market is a major challenge to making this happen, he added.
“The petroleum industry has done a poor job of defending itself,” he said, noting that environmental groups have been successful in slowing industry down.
He believes both industry and governments need to explain to the public the importance of exports to the Canadian economy and how strong environmental regulations actually are in the country.
“It’s dead clear that we are a resource exporting country,” he said. “We are leaving way too much on the table. It’s a scandal and a sin. We have to capture some of these markets. Failure is not an option. We are all going to be out of jobs if we don’t succeed.”