In pursuit of sensible climate policy, one country encounters serious challenges to its approach

Germany has gone from being a global model for climate change to an emissions-spewing "problem child". But for those with the courage to accept the challenge, solutions exist. 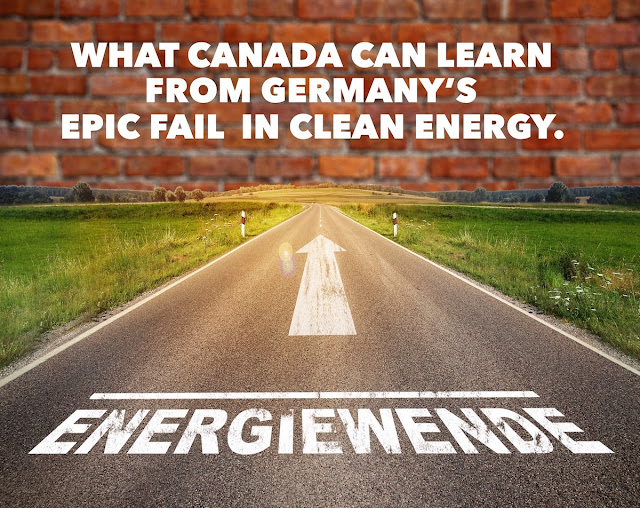 Germany’s ambitious goal to shift from fossil fuels and nuclear power to renewable energy made the country the poster child for energy transition over the past few years.
The "Energiewende" program represented Germany’s bid to become carbon-neutral by the middle of the 21st century and it won strong public and political support, with international green energy advocates holding it up as a model for industrialized nations to reduce their carbon footprints.
A decade later, carbon dioxide emissions in Germany are virtually unchanged.
According to a March 23, 2018 report in Upstream, "the problem is due in large part to the fact that Germany still burns large amounts of coal — both domestic lignite, or brown coal, and imported hard coal — to generate a large portion of its electricity."
Despite the steady addition of wind farms, 40 per cent of the country's electricity is still generated from coal.
Too much emphasis is being placed on building up renewable energy capacity, probably because the imagery of apparently consequence-free wind turbines continues to be an easy sell to a public that has been relentlessly told this is the only clean alternative.
In fact, non-hydro renewable energy continues in 2018 to suffer from the problem that it requires some form of battery to store power for when the wind is not blowing, or the sun is not shining. Coal generation does provide that reliability but makes it much more challenging to meet climate targets as they are conventionally understood.

There are two schools of thought on the what the source of the problem is, and fortunately an enhanced vision is beginning to emerge.
For energy-exporting countries like Canada that are also large energy consumers, it is critically important that Germany's emerging discussion be understood.
Representing one school of thought is the CEO of German oil and gas producer Mario Mehren, who recently launched a stinging attack on Germany’s climate change ambitions, claiming the nation has lost its way on the path to a greener future, according to Upstream.
Germany, Mehren said, "wants to be the world's model for sensible climate policy but has, in fact, become its 'problem child'."
Germany’s efforts to reach Paris agreement goals of limiting temperature increases to two degrees Celsius above pre-industrial levels are hampered by “ideological” policy approaches.
“If you interpret it correctly, Paris does not mean less fossil fuel,” Mehren said. “Rather, it means moving away from coal, and using more gas. The objective of the accord is clear — achieve a significant reduction of CO2. And this reduction should be achieved without any ideological constraints, with an openness to technologies, and cost-efficiently.”
Mehren said that “if you want a good example of how not to do it, look no further than Germany”. He added: “Germany’s energy transition costs a great deal — but it doesn’t achieve much.”
Large coal-fired power plants cannot adjust to demand as efficiently as gas-fuelled plants, which creates “serious surpluses in production”, he said. “The consequence of that is that Germany exports massive volumes of coal power to its neighbours, often even at negative prices.”
For some, there are weaknesses in Mehren’s argument. Upstream cites Peter Rottgen, managing director of the German Renewable Energy Federation (BEE): “It is old-fashioned to interpret the engagement for renewable energy as ideological. The economic development and the competitiveness of a modern industrial society is based on a modern energy system."
Rottgen said such a system "can currently be described by disruptive changes like renewable installations being cheaper than conventionals, decentralized renewable generation, smart networks, innovation with storage technologies and many synergies between the power, heat and mobility sectors."
His conclusion: "Therefore, renewables should not be underestimated.”

Either way, Germany is expected to miss its CO2 reduction targets for 2020. The German government has recently signed an agreement that includes a goal of increasing the amount of renewable energy used to generate electricity to 65% by 2030.
Carsten Rolle, head of the energy and climate policy department at the Federation of German Industries (BDI), explained that with near-term climate goals now out of reach, attention is turning to the longer term.
“It is more or less sure Germany will miss its 2020 targets to reduce CO2 by 40% compared with 1990 levels so the question is for 2030 – where does the government want to go?" Rolle asked.
"The focus is now not so much on 2020 but on 2030 and the pathway up to 2050. Successive governments have focused on setting targets but have found it difficult to implement instruments and regulations to achieve those targets, sometimes as a result ofdiffering priorities between Germany’s federal and regional governments, as well as between different political parties, and even within political parties.
“You have different lines of conflict around energy.”
Canada is facing similar pressures on the path to decarbonization, which is a goal that few dispute is necessary. There is no need to repeat Germany's mistakes. Every opportunity should be taken to learn from how Germany is updating its approach in the face of hard-won and costly experience.