Showing posts from July, 2015
Show All

An Appeal to Reason: A Cool Look at Global Warming

July 31, 2015
The following post is a speech done by Lord Nigel Lawson, former Chancellor of the Exchequer, former Financial Secretary to the Treasury, and former Secretary of State for Energy in the Margaret Thatcher government. He founded a think tank in the United Kingdom in 2009 called the Global Warming Policy Foundation, whose stated aims are to challenge "extremely damaging and harmful policies" envisaged by governments to mitigate global warming. He also wrote a book called An Appeal to Reason: A Cool Look at Global Warming. Lawson's speech was part of a three person panel along with Alex Epstein, author of the Moral Case for Fossil Fuels, and Patrick Moore, a sensible environmentalist, global warming skeptic, and author of Confessions of a Greenpeace Dropout: The Making of a Sensible Environmentalist. The speech was performed at Moses Znaimer's 2015 Ideacity Conference in Toronto, Canada. The entire speech can be found here:  http://www.ideacityonline.com/video/lord-ni
Post a Comment
Read more

July 29, 2015
By: Kenneth P. Green, Senior Director, Natural Resources Studies, The Fraser Institute Article originally published in the June 2015 edition of the Roughneck magazine:  https://www.northernstar.ab.ca/    A news report from the Government of Canada, on Canada’s greenhouse gas emissions from 1990 to 2013, is making news. And as usual, the bad news leads. The media focus is on the probability that Canada will miss its Copenhagen emission-reduction targets from 2009. (Canada agreed to cut emissions by 17 per cent from a 2005 base year by 2020). In reality, however, this is less about Canada being an environmental laggard, and more a problem with agreeing to politically-derived targets you have no idea how to hit. So that’s the bad news. Now let’s look at the good news. Emissions are indeed up 18 per cent since 1990. But real GDP went up by 71 per cent, meaning there was a 31 per cent decrease in the amount of emissions per unit of economic production over that same time peri
Post a Comment
Read more

July 22, 2015
By: David Yager, National Leader Oilfield Services Originally published in MNP's Oilfield Service News - July 21st, 2015 There was major media attention July 17 and 18 on the signing of a Canadian Energy Strategy (CES) by Canada’s 10 premiers in St. Johns, NL. Years in the making, this was seen as a major breakthrough for a concept originally spearheaded by former Alberta Premier Alison Redford in 2012.  Unfortunately, it is long on platitudes and short on specifics. Even Alberta Premier Rachel Notley, a signatory, admitted many challenges remained to gaining approval for export pipelines like Energy East. However, the document does at least mention pipelines four times in 40 pages which could be considered progress.     Following are the main points summarizing what CES is intended to accomplish and how. One of the clear thrusts is Canada getting out of the hydrocarbon fuel business at some point in the future without details on when, how or cost. Carbon taxes and carbon
Post a Comment
Read more

Can Oilsands Be Carbon-Taxed Into Long-Term Prosperity?

July 22, 2015
By: David Yager, National Leader Oilfield Services Originally published in MNP's Oilfield Service News - July 21st, 2015. Alberta’s oilsands were front-page news again the week of July 13-17 as Alberta Premier Rachel Notley stopped in Quebec en route to the annual premiers’ conference in St. John’s, NL to negotiate  the socalled Canadian Energy Strategy (CES). The proposed Energy East pipeline to Atlantic tidewater was discussed with Quebec Premier Phillipe Couillard and the outcome remained unclear. What was apparently agreed on was if Alberta could demonstrate leadership on the carbon emissions and climate change file for the oilsands, then strong public resistance to Energy East in Quebec may decline. If so, this critical transportation link for Alberta’s oilsands to new markets might one day proceed.  At the premiers’ conference, the most exciting part was Notley and Saskatchewan Premier Brad Wall trading provocative and entertaining comments in the media. When released,
Post a Comment
Read more

July 22, 2015
Article originally published in Oilweek Magazine's July 2015 edition. Digital editions of their magazines can be found here.    How a new age of aboriginal resurgence could help - or hinder - crude oil pipeline developments By: Sebastain Gault The Canadian oilpatch was dumbstruck by incoming Alberta Premier Rachel Notley’s pre-election announcement that her government would withdraw support for Enbridge’s Northern Gateway Pipeline. “It’s not worth it,” she flatly told the Calgary Herald with respect to this critical solution to the industry’s acute market-access predicament. She justified her position by suggesting that she considered First Nations opposition intractable and noting the “intense” environmental sensitivities in British Columbia. Shortly after the NDP’s orange crush started giving Calgary energy executives the blues, the Pacific Coast band of Lax Kw’alaams unanimously rejected the $1.1 billion offer from Petronas-led Pacific Northwest LNG to site
Post a Comment
Read more

Death by a Thousand Cuts - The ENGO's Battle Against World Growth 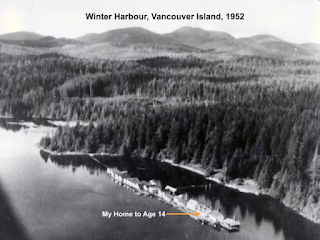 The following post is a speech done by Patrick Moore, a sensible environmentalist and global warming skeptic, at Moses Znaimer's 2015 Ideacity Conference in Toronto, Canada. Patrick's speech was part of a three person panel along with Alex Epstein, author of the Moral Case for Fossil Fuels, and Lord Nigel Lawson, former Chancellor of the Exchequer if the government of Margaret Thatcher. The Financial Post labelled the panel as a "carbon contrarian shocker."    The entire speech by Patrick can be found here:  http://www.ideacityonline.com/video/patrick-moore-the-sensible-environmentalist/     Patrick is the author of "Confessions of a Greenpeace Dropout: The Making of a Sensible Environmentalist"    Moses Znaimer :  So, I've decided this year to double down and to give you a full clutch of contrarians. In what the Financial Post has called 'Moses Znaimer's ideacity shocker.' This is what they say: 'In the wake of the G7 declaration
Post a Comment
Read more
More posts