Showing posts from November, 2015
Show All

By: Carter Haydu Article was originally published on Nov 24, 2015 by the Daily Oil Bulletin and can be found here:  http://www.dailyoilbulletin.com/article/2015/11/24/lengthy-seismic-acquisition-downturn-reduces-numbe/   The number of seismic acquisition crews working in Western Canada for the 2015-16 season will be drastically reduced from even a couple of years ago, as the smaller companies are essentially gone and those medium-to-large companies remaining are grappling with the impact of a multi-year downturn for the sector. “In general, we predict a softer winter than last year, and last year was bad,”  Mike Doyle , president of the  Canadian Association of Geophysical Contractors  (CAGC), told the  Bulletin . He said the season prior to Alberta’s single regulator implementation in November 2013, there were about 30 to 35 seismic crews in Western Canada. Due to timing of regulation, there were around 22 to 25 crews in Q1 2014. With the drop in oil prices and market unc
1 comment
Read more

We won’t beat back climate change with more corporate welfare 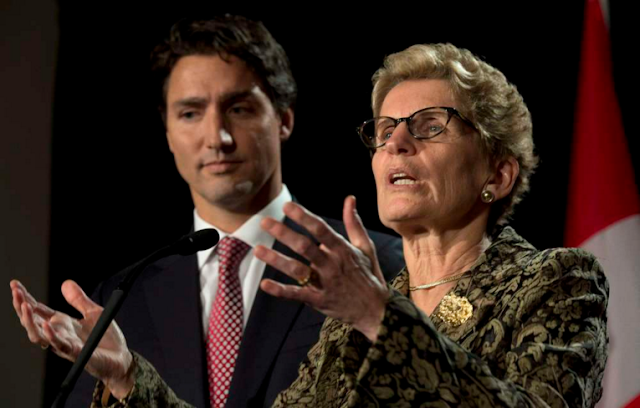 By: Tasha Kheiriddin Article originally published on Nov 23, 2015 by iPolitics and is available here:  http://ipolitics.ca/2015/11/23/we-wont-beat-back-climate-change-with-more-corporate-welfare/     Liberal leader Justin Trudeau and Ontario Premier Kathleen Wynne take part in a joint news conference in Ottawa, Thursday January 29, 2015 ahead of a meeting of Canadian Premiers. THE CANADIAN PRESS/Adrian Wyld The climate, it is a changin’ — and this time I’m not talking about greenhouse gases. The federal policy climate is heating up, stumbling out of the Harper administration’s Ice Age cavern like a revived woolly mammoth.   The premiers have poured into Ottawa   to meet with Prime Minister Justin Trudeau for a long-overdue discussion of Canada’s climate change strategy. But the effects of Harper’s climate policy deep-freeze linger on, and may hamper Trudeau’s pursuit of national goals. In the absence of any federal conversation, the provinces have acted alone, and decisive
Post a Comment
Read more

A long road ahead 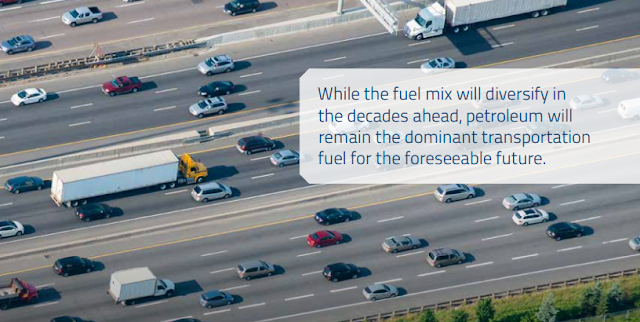 By: Peter Boag, President and CEO of the Canadian Fuels Association Article was originally published in the Canadian Fuels Association 2015 Annual Report - Perspectives - and can be found here:  http://canadianfuels.ca/assets/upload/pdf/en/Publications/SectorReview-EN_web.pdf     Canadian Fuels Association 2015 Annual Report - Perspectives Driving towards a sustainable transportation system that balances Canadians’ environmental, economic and social aspirations Governments at all levels are increasingly focused on the issue of climate change. The 21st Session of the Conference of the Parties to the United Nations Framework Convention on Climate Change (COP21), scheduled for Paris in the first half of December 2015, may be a defining moment in charting the road forward. An aggressive target The Intergovernmental Panel on Climate Change has determined that keeping the global temperature increase to within two degrees Celsius will require GHG emission reductions of 80
Post a Comment
Read more

November 20, 2015
By: Carter Haydu Article originally published by the Daily Oil Bulletin on Nov 17, 2015 and can be found here:  http://www.dailyoilbulletin.com/article/2015/11/17/engaging-youth-canadas-energy-sector-requires-pers/   Support of the energy sector is often seen as being akin to climate change denial on university campuses, which is why the co-chair of  Future of Canada’s Oil Sands  (FoCOS) believes there must be a realignment of how young people perceive the oil and gas industry, because it can actually be seen as a climate change solution. Jamil Jivani  told last week’s  Economic Club of Canada  energy conference that youth want to know how energy companies are working on green energy solutions. “The reality is on university campuses, that is not what people are hearing when we are talking about fossil fuel production.” Young Canadians are hungry for economic opportunity, noted Jivani, and they are looking for their “first break and first job” in order to demonstrate their capa
Post a Comment
Read more 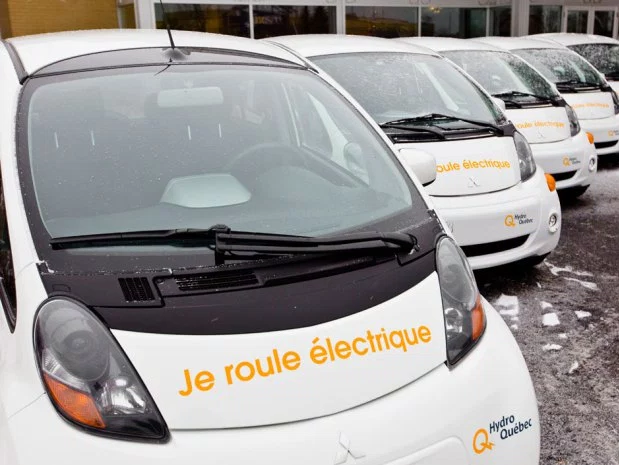 By: Youri Chassin Youri Chassin, Research Director at the Montreal Economic Institute ( www.iedm.org ) and co-author of Practical Guide to the Economics of Climate Change: The Paris Conference and Its Aftermath Article originally published by the Financial Post on Nov 17, 2015 and can be found here:  http://business.financialpost.com/fp-comment/countdown-to-paris-fight-climate-change-efficiently    Subsidizing the purchase of electric vehicles, for instance, as Quebec has been doing to the tune of thousands of dollars per car, is a very expensive (and therefore inefficient) way of reducing GHG emissions. CO2 emissions can often be avoided at low cost, avoiding economically ruinous measures Two weeks before the opening of the UN’s Paris Conference, not a day goes by without some new study trumpeting the end of the world. Yet contrary to what many seem to believe, the mainstream of scientific opinion, as represented by the IPCC itself, is not an alarmist position. Climat
Post a Comment
Read more

November 17, 2015
By: John Ibbitson Article originally published on November 9, 2015 by the Globe and Mail and can be found here:  http://www.theglobeandmail.com/news/politics/globe-politics-insider/trudeaus-faces-tough-task-balancing-economic-and-environmental-priorties/article27171261/%3bjsessionid=cQbZWLcKn6HTM8SzVCldQKYQybdRqZfJ1nn3M2dGFz7fvJW4k4zy!-363189572/?ts=151117115628&ord=1   When Justin Trudeau and the premiers travel to Paris at the end of the month – Environment Minister Catherine McKenna is already there, preparing the way – they will seek a new national consensus on combatting global warming. But they risk damaging the economy and getting little in return. This is the new Prime Minister’s first big challenge. There may be none greater. The inability of the Conservative government, over a full decade, either to expand oil exports through new pipelines or to meet Canada’s international obligations to reduce greenhouse gas emissions stands as Stephen Harper’s biggest policy fa
Post a Comment
Read more

Is The Oil Industry Really Subsidized?

November 13, 2015
By: David Yager, MNP, National Leader Oilfield Services Originally published in MNP's Oilfield Service News on November 11, 2015. sub·si·dy : (sŭb′sĭ-dē) n. pl. sub·si·dies 1. Monetary assistance granted by a government to a person or group in support of an enterprise regarded as being in the public interest.2. Financial assistance given by one person or government to another The oil and gas industry is suffering through a severe and prolonged slump due to collapsed oil prices resulting in the loss of hundreds of thousands of jobs worldwide and the destruction of billions, if not trillions, of dollars in shareholder value. Governments in oil-producing jurisdictions, including Alberta, find themselves in severe financial difficulty because cash flow generated by first natural gas and now oil production has plummeted. This includes royalties, corporate taxes, payroll taxes and the sale of future development rights.  Alberta is expected to amass massive deficits until oil pri
Post a Comment
Read more

Blowing It On The Wind

November 12, 2015
By: Bjorn Lomborg Bjorn Lomborg, a visiting professor at the Copenhagen Business School, is Director of the Copenhagen Consensus Center, which seeks to study environmental problems and solutions using the best available analytical methods. He is the author of  The Skeptical Environmentalist ,  Cool It ,  How to Spend $75 Billion to Make the World a Better Place  and  The Nobel Laureates' Guide to the Smartest Targets for the World , and was named one of  Time  magazine's 100 most influential people in 2004. Article originally published by the Project Syndicate under "Sustainability & Environment" on October 21, 2015. It can be found here:  http://www.project-syndicate.org/commentary/wind-power-wasted-subsidies-by-bj-rn-lomborg-2015-10?mc_cid=397aa7759d&mc_eid=249a13eb73   BERLIN – When considering climate change, most people think wind turbines and solar panels are a big part of the solution. But, over the next 25 years, the contribution of solar and wi
1 comment
Read more
More posts